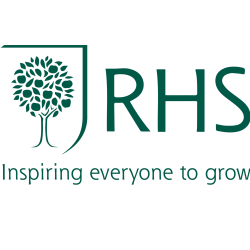 An invasive stink bug that spoils fruit and vegetables and can overwinter in homes has been found at RHS Garden Wisley in Surrey as part of a pheromone trapping project designed to monitor its spread.

The brown marmorated stink bug has only been caught using pheromones twice before in the UK, in London and Essex in 2020. It is not yet clear whether the lone adult caught in each instance has hitch-hiked into the country via imported goods and passenger luggage or if the species is breeding locally and the findings represent an, as yet, undiscovered population.

The pest is native to Asia and has recently spread to other parts of Europe including Italy and the US where it is causing significant crop damage totalling millions of dollars annually. While the South East of England is thought to be at the northern limit of the bug’s potential range, climate change means it is likely to spread further.

The male adult was found at RHS Garden Wisley in a pheromone trap installed as part of a project led by NIAB (East Malling) and funded by Defra.  The use of pheromone traps, which release the bugs’ naturally occurring scents to lure them to a sticky panel, demonstrates that they are present and able to disperse and locate their peers, highlighting the potential for undiscovered local breeding and colonisation.

There are more than 40 species of stink bugs, also known as shield bugs, already present in the UK. The majority are not considered to be pests as they pose no threat to plant health. Brown marmorated stink bugs can be differentiated from native UK shield bugs by their rectangular-shaped head.

Stink bugs get their name from the odour emitted when threatened, for example when being removed from inside homes in the colder months. This is particularly true for the brown marmorated species which tends to congregate in large numbers around window frames.

Dr Glen Powell, Head of Plant Health at RHS Garden Wisley, said: “The installation of pheromone traps at our gardens enable us to study invasive species from their arrival in the UK through to potential colonisation. While there is currently no evidence of breeding we would expect the stink bug to grow in prevalence and it may become problematic in gardens during summer and homes in the winter months within five-ten years. This isn’t a sudden invasion but potentially a gradual population build-up and spread, exacerbated by our warming world. The stink bug isn’t the first to land on our shores and won’t be the last and understanding how we can best manage it is the next challenge for the research community supporting gardeners and commercial growers of fruit and vegetables.”

Dr Michelle Fountain, Head of Pest and Pathogen Ecology, NIAB EMR commented: “Brown marmorated stink bug represents a significant threat to food production systems in the UK so it is crucial that we continue to monitor any establishment and spread of the pest. The long-term development of management and environmentally-sensitive control strategies will be needed so that the research community can keep industry and gardeners one step ahead of this pest species.”