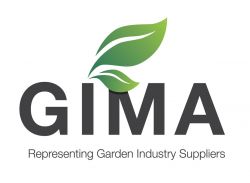 GIMA has announced the re-election of Simon McArdle of Westland Horticulture as GIMA President, following its AGM held virtually on Thursday 20th May 2021.

Following his election Simon gave a short address during which he said “On behalf of GIMA and our members, we recognise that we are all incredibly fortunate to be part of an industry that has benefitted from bringing so much joy to the nation during what has been, by any measure, a tumultuous year. The partnership between retailers and suppliers has been overwhelming, and there has been a real spirit of joint enterprise between all parts of the chain. Flexibility and understanding from all sides have been critical, as together we dealt with forecasts, out of date before the ink had dried on them, to lead times that constantly shifted. On behalf of GIMA, we would like to extend a huge thankyou to all our (essential) retail partners.”

Simon will once again be joined by Deco-Pak’s Craig Hall as Vice President, Mark Butler of Vitax as Secretary and DLF’s Guy Jenkins as Treasurer.   The members also voted for Kate Ebbens of Capi to join the GIMA Council following the resignation of Matt Jackson from Mr. Fothergill’s Seeds earlier in the year.

The full GIMA Council for 2021/2022 will be made up of the following representatives:

GIMA Treasurer, Guy Jenkins gave a short report on the 2020 GIMA year-end accounts, reporting a loss for the year.  Commenting on the accounts, Guy said: “Like many businesses, the GIMA finances were significantly hit by the pandemic which has resulted in a loss for the year.  But due to prudent financial management over the years and sufficient reserves, we were able to provide an unbroken service to our members throughout the period.  We expect to be able to replace any losses within the next couple of years.”

Membership of GIMA is open to all manufacturers and suppliers of products to the garden retail sector, with a UK or EU base.