MAIN MENU
NEWS ARCHIVE
Submit your News Around the Country Back 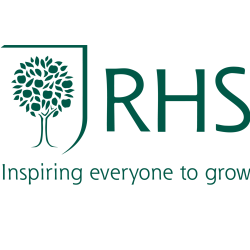 The discovery of the rockrose prickly leaf beetle (Dicladispa testacea) is the first time the species has been recorded in Britain. It was identified from adult beetles on its name-sake plant - the rockrose (Cistus) - in a garden in Surrey.

The Royal Horticultural Society (RHS) Gardening Advice service received photos from a gardener keen to know what the mystery beetles might be. The photos and adult beetles taken from the garden were used by the Animal and Plant Health Agency (APHA) to confirm the RHS identification, marking the first time the beetle has ever been recorded in Britain.

The beetle measures just 5mm in length, and its orange-brown body is covered in black spines, giving it a striking appearance when viewed up close.

The rockrose prickly leaf beetle is found throughout much of Europe, and the scientists behind the recent identification believe that it is likely to spread and become established in areas where rockrose, itself introduced from the Mediterranean, is common. However, there is no record of economic, environmental or societal damage caused by the beetle in its natural range. Therefore no action was recommend by the government agency, and the RHS advise continuing to plant and grow rockrose, celebrating the latest addition to the UK’s insect fauna.

Dr Andrew Salisbury, Principal Entomologist for the RHS, said: “We were very intrigued to receive the reports of the rockrose prickly leaf beetle as it was not a species anyone had expected to appear in this country. The prickly appearance of this beetle is very distinctive, and we were excited to identify it as the first record for Britain. This species does not pose a threat to gardens and native plants and can be considered to be an addition to the biodiversity found on our back door step and the allure of our gardens. Equally, it serves as a reminder of the importance of checks and controls when importing plants to increase biosecurity and safeguard plant health, as not all new arrivals will be as innocuous.”

The beetle has now been added to the national collection, held at the Natural History Museum London, and a paper on the discovery has been published in The Coleopterist Journal. Max Barclay, Senior Curator of Coleoptera at the Natural History Museum London and co-author of the paper, says: “Of all the insects established in the UK in recent decades, the Rockrose Prickly Leaf Beetle is one of the strangest and is not closely related to any other insects that occur in the UK. Because of climate change and global trade, there are increasing opportunities for new species to arrive and establish in the UK.”

The RHS is taking part in the Royal Entomological Society’s Insect Week, 20 - 26 June 2022, featuring a variety of free talks and activities at RHS Garden Wisley. Events include a talk on Brilliant Beetles by Dr Andrew Salisbury on Tuesday 21st and Saturday 25th June that will feature the rockrose prickly leaf beetle. Find the programme of events, all celebrating the fantastic diversity of the insect world, at www.rhs.org.uk/gardens/wisley/whats-on/hilltop-live.

If people think they may have seen the rockrose prickly leaf beetle, or any other unusual insect species in their gardens, the RHS is encouraging them to share photos on social media using #InsectWeek22 or #LittleThingsThatRunTheWorld

Gardeners are encouraged to visit www.rhs.org.uk/biodiversity/rockrose-prickly-leaf-beetle to find out more about the beetle.